Big Brother Naija star, Wathoni has taken to Twitter to speak up against the stereotype she claimed she’s been given.

According to the mother one, contrary to what most people think, she hardly thinks about marriage. She added that the stress of dating is also “one hell of a ride for her”. 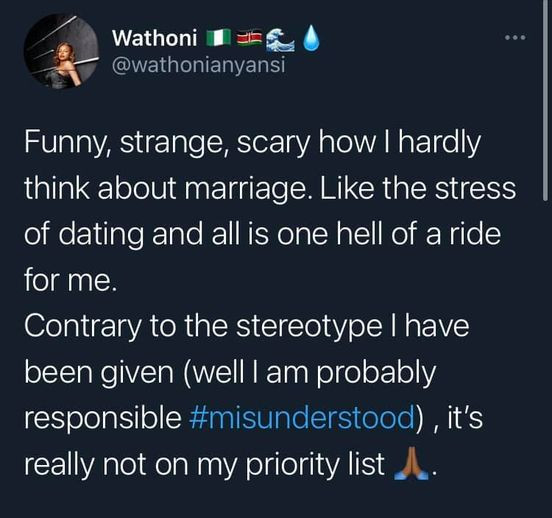